You know what’s awesome? Books.  Also awesome? Hip-hop.  So what’s the awesomest? Books about hip-hop, shyuh! After the cut, five of the best.

If hip-hop is a class, this is the required text.  You can find interview collections and oral histories of the music’s birth all over the place, but journalist andSolesides founding member Jeff Chang’s ‘History of the Hip-Hop Generation’ is the most thorough and easy to  read overview  of the culture’s birth and early development.  Not only does Chang trace the musical origins of the culture from the soundclashes of Jamaica and the block parties in the Bronx, he traces the socioeconomic factors that influenced not just the music, but the dance, the artwork and the fashion of early hip-hop.  Absolutely essential, and I think my well-thumbed copy could probably use a reread.

Check the Technique by Brian Coleman

its way, and at the other end of the spectrum from Chang’s book, music journalist Brain Coleman explores the origins of 36 classic hip-hop albums, providing the commentary behind the lack of liner notes in those albums.  This book was a win for me because both Coleman and Ahmir ‘?uestlove’ Thompson in his intro talk about the magic and mystery of hip-hop albums in the 80s and 90s.  You might get a photo  and some production credits, but you never knew who these people were, you never knew what the artist’s real name was half the time.  Coleman interviews the key players and breaks it down into oral histories of everything from ‘Paid in Full’ to ‘The Low End Theory’ to ‘The Score’.  Yes, there are glaring omissions, but there have been rumblings of a sequel.  The only criticism is that some of the interviews come across as self-serving: Rakim makes the most of his time to downplay Eric B’s contributions, and obviously the Fugees section is lacking without Lauryn’s thoughts, but it’s still a book I’ve read cover to cover, even if it’s an album I’ve never heard before [like X-Clan]. It also has a thorough section on Digital Underground’s album ‘Sex Packets’, which blew my little mind up in the 8th grade. 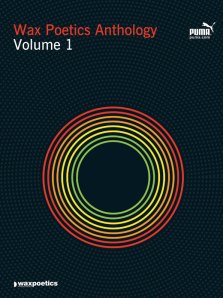 Wax Poetics is like the Mojo or Uncut for soul/R&B/reggae/hip-hop/jazz/afrobeat, anything worth dancing to, basically.  They’re historians, they give the innovators and trailblazers their due, and don’t give a damn about current trends or what’s popular.  It’s a magazine for crate diggers and record collectors, for gearheads and DJs, and while not every interview may appeal to you personally, you can appreciate the love that went into the article, and the respect the authors have for their subjects.  The original issues are impossible to find anymore, and you’ll pay out the ass  if you do, so why not just drop fifty bucks on these handsome, oversized hardcovers, collecting favourite interviews from issues 1-10?  The RZA, James Brown’s drummers, Sun Ra, DJ Premier and so, so much more.

Know What I Mean? by Michael Eric Dyson

Fact: Michael Eric Dyson is an incredible human being.  This cannot be argued.  Postmodernist, preacher, philosopher, orator, commentator, professor, as the man once said, ‘I write books like n*ggas write hooks.’ And he will preach on any topic, including hip-hop, engaging it with the academy instead of dismissing it.  He’s written and spoken about it a lot over the years, including a biography of Tupac Shakur and co-editing and contributing to an essay collection on Nas’ album Illmatic.  This collection, mostly transcripts of talks he’s given on the lecture circuit or on television, is a critical primer on makes Dyson so essential to the ongoing discussion of the art on everything from its success to its gender politics.

Book of Rhymes: The Poetics of Hip-Hop by Adam Bradley

The more you read books on hip-hop, the more you come to see how political a lot of the scholarship is. That’s all well and good, since hip-hop has historically been the reaction of an oppressed people to the system that holds them down.  But it’s still poetry, and  Bradley’s book actually remembers that language and its manipulation is a key component to hip-hop and rap.  Breaking down styles of rhythm, wordplay, style and signifying, Bradley lays out what makes the greats so great, and what makes the art so compelling if you really pay attention to the complexity that goes into its creation.

Poetry for Gravediggers is the online home of Toronto-based freelance writer Jordan Ferguson. He writes on music and culture for anyone who asks and is the author of the bestselling 33 1/3 Record Guide on J Dilla's album Donuts, and the producer and co-host of the Geekdown podcast. All thoughts are his own, love letters and hate mail are always welcome.

The 33 1/3 Guide to J Dilla's album Donuts is available from finer book and record shops, and most online retailers.